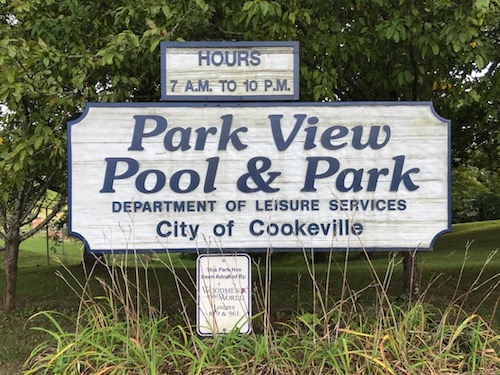 Putnam County’s Parks and Recreation Department plans to spruce up its facilities this year.

“Jere Whitson is where we’re going to do most of our aesthetic work,” said Parks and Recreation Director John Ross Albertson. “We have some landscaping walls that we need to reconstruct, and we need to re-do some chainlink backstops that have rusted out.”

Albertson said officials are concentrating on the Jere Whitson ball fields bcause it hosts the most tournaments involving out-of-town players.

“All the people from out of town, that’s generally one of the first impressions they get,” he said. “So we want to improve the looks.”

Albertson has budgeted $75,000 in the upcoming year to make those improvements. He also has $40,000 in his budget to purchase two zero-turn mowers and replace other worn out maintenance equipment. The mowers are expected to cost about $10,000 apiece.

“People think it’s easy to go out and replace a mower at Lowe’s,” he said. “We can’t do that. The mowers that we buy are probably some of the fastest on the market. Our goal is to be as fast and efficient as possible, so that helps us get there.”

Another major project that should get underway this year is the replacement of lighting at the Algood fields.

The current wooden poles will be replaced with metal, and new wiring and fixtures will be added.

On a related note, a new computer controlled lighting system has been installed at the county’s sports complex near Cookeville High School and two other facilities.

“We’re already seeing a savings,” Albertson said. “Before, every night I’d have to go out or we’d have to pay an employee to go out and make sure that the lights were out. Now, we don’t have to pay the employees with comp time or overtime to do that.”

Plans to upgrade the tennis courts at the Cookeville community center are also included in the capital projects planned for this year. Officials say that could lead to tournaments sponsored by the U.S. Tennis Association.

“I would love to see the Cookeville area have enough good tennis courts to host some tournaments,” said Steve Boots, president of the Upper Cumberland Tennis Association. “Like other statewide events, they bring lots of folks to town.”