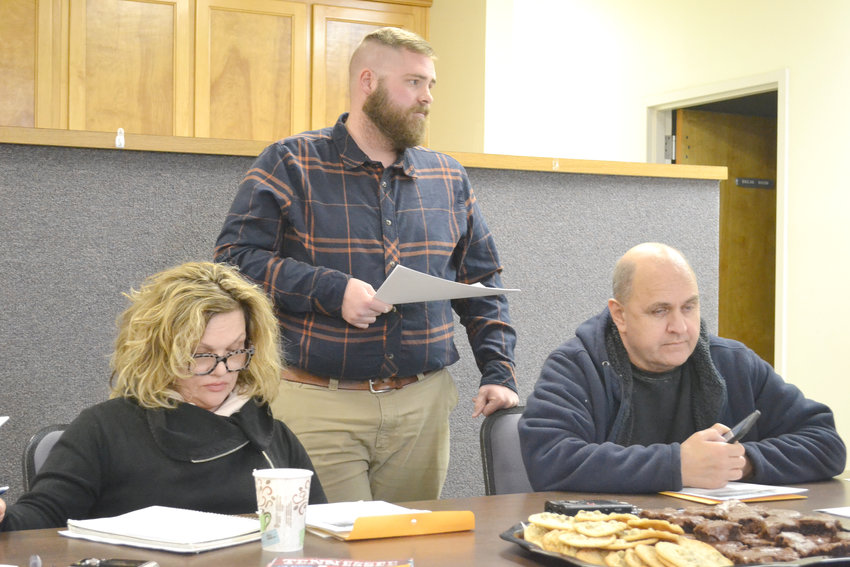 The town of Monterey may have to restrict rock climbing activities at Bee Rock and other city-owned parks unless the climbers can offer proof of insurance.

Mayor Bill Wiggins told the town’s Building and Grounds Committee Monday that a consultant from the Tennessee Municipal League’s insurance pool is concerned about liability issues if unregulated rock climbing by the public is allowed.

“You don’t want people just pulling up out there anytime, saying ‘I want to try this.’ What we can do is what the state parks do,” Wiggins said. “They make people register online,  which essentially is a way of proving (they’ve got) insurance.”

The details of exactly how climbers would go through that process are still being worked out.

The Board of Alderman Monday also authorized Wiggins to begin negotiations with Plateau Properties on a proposal to acquire an additional five acres of property adjacent to Meadow Creek Park.

“My first conversation with them is going to concern the acquisition price,” said Wiggins. “This is a starting point. I’m not much on the art of the deal, but I don’t think they’re going to be very flexible. We’ll see.”

Also Monday, the board accepted an offer from the Putnam County Parks and Recreation Department to construct a water feature at Whittaker Park at no cost to the town. Director John Ross Albertson said the project is being paid for with a grant from the health department.

“We’re looking at around $17,000,” he said. “It’ll be run through our department doing a lot of the work. We’ve done similar grants in the other cities, and hopefully, it will turn out to be a great thing for the city of Monterey.”

The board also voted to proceed with applying for a $256,000 “Diabetes Grant” through the state Department of Health.

“It’s for 1,500 linear feet of sidewalk, four crosswalks, and 475 feet of eight-foot wide boardwalk,” said the town’s grant writer Dawn Kupferer. “It’s to link the high school and the elementary school with the trail.”

Kupferer said if the state likes the proposal, they’ll ask the town for a full application “in about a month.”

Kupferer also told the board that the governor has endorsed the town’s application for an $825,000 Appalachian Regional Commission grant which, if approved, would pay for the extension of waterlines to serve areas near the I-40 exit 300.

“This is good news,” she said. “We’ve been needing this for a long time.”